Over Four Decades of Professionalism 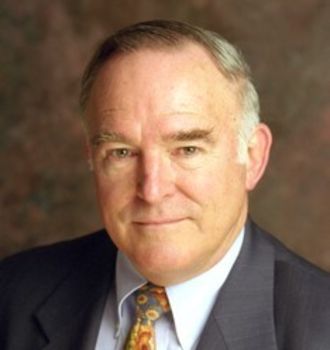 Mark Sullivan has over forty years of litigation experience in multiple state and federal trial and appellate courts as well as before administrative agencies. His trial experience includes federal tort and contract litigation, aviation liability, products liability, securities fraud litigation, and other complex litigation. He is admitted and licensed to practice law in California, New York, Michigan, Hawai'i and North Carolina. He's also an experienced and active general aviation pilot with a commercial and multiengine rating.

Attorney Sullivan represents both individuals and businesses and does not limit his practice to only being a plaintiff's or defendant's counsel. His diverse background includes litigation of serious personal injury cases, military court-martial representation, public and private sector labor arbitrations, public utilities commission proceedings in multiple states, and federal Merit Systems Protection Board appeals. He is proud of his academic credentials (summa cum laude and #1 in my his at Georgetown University, Washington, D.C., and an honors graduate of the nationally-ranked University of Michigan Law School.) He prides himself on being willing to "take on" non-routine cases that require scholarship and diligent lawyering.

"My aim is to give back to my community by helping individuals and non-profits accomplish their goals and overcome their legal obstacles."

He is qualified to provide competent counsel to business leaders on a broad range of federal and state law issues, including issues in the states other than California in which he is licensed. Prior to early retirement and entering private practice in 2000, Mark Sullivan had a full career as a senior in-house counsel with a major telecommunications company. In addition to being a corporate officer of—and the lead litigation lawyer for—a large publicly-traded company, he was the "go-to" expert on California employment law for that company's law staff. He has also served as president of the California Employment Law Council and as an employment law lecturer to lawyers and human resource specialists.

During his corporate career, Attorney Sullivan also served in increasingly responsible positions as a judge advocate in the Naval Reserve Law Program. His Navy JAG duties included service overseeing a staff of lawyers providing wills and related advice to Navy and Marine Corps families. He also had a duty as a command legal adviser on major staffs in California and Hawai'i and in the Office of the Secretary of the Navy.